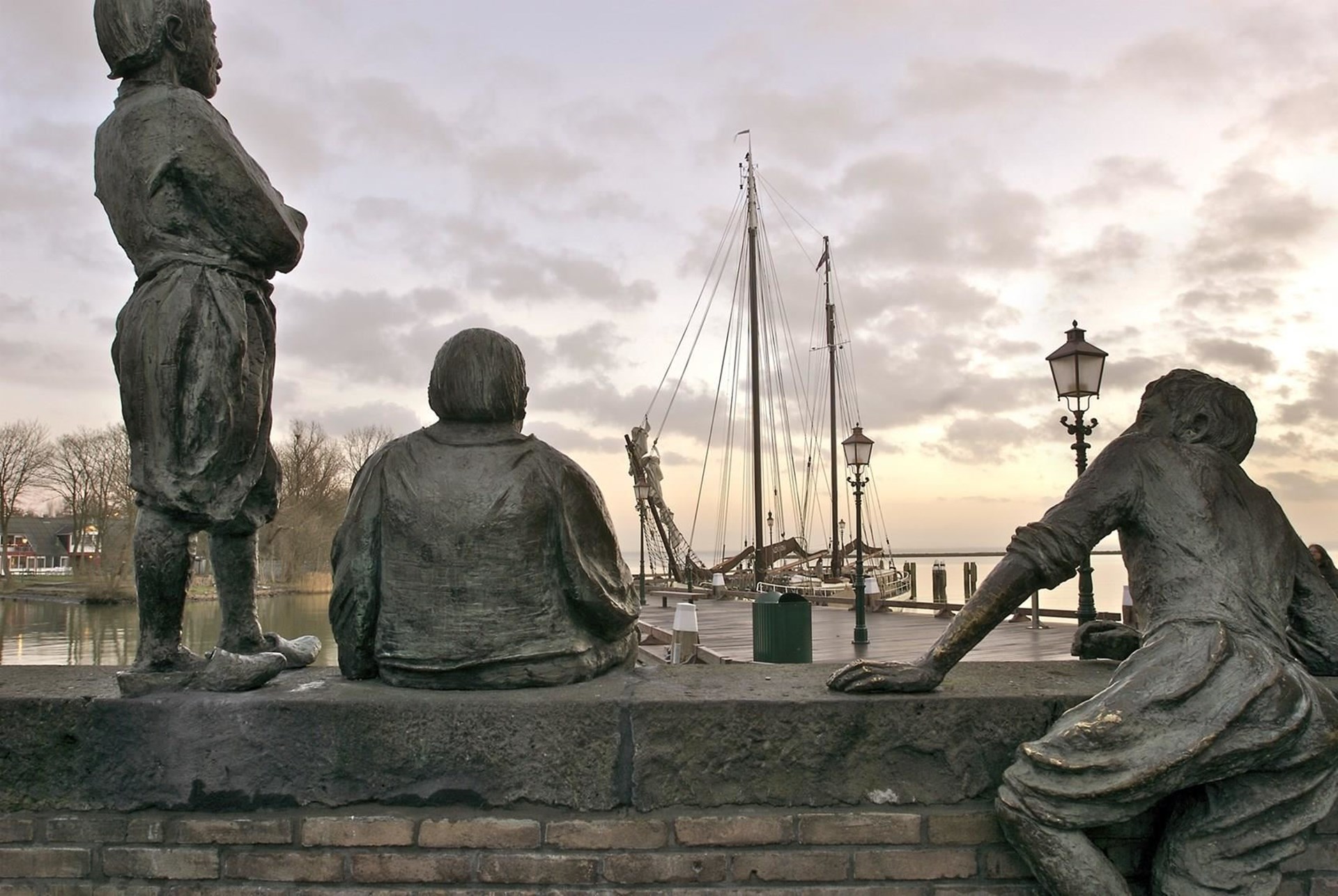 The cabin boys of Bontekoe

The statue is located at the old harbour in Hoorn. Next to the Hoofdtoren (headtower), the cabinboys watch over the IJssel lake.

Peter Hajo and Padde Kelemeijn, two poor fourteen-year old boys living in Hoorn, make friends with Rolf, the nephew of Willem Bontekoe. Hajo's father was a fisherman who drowned, and Hajo works as a blacksmith's apprentice but longs to go to sea. He signs up with Bontekoe, to sail to the East along with Rolf. The ship sails from Texel, but Padde, who has come along to say goodbye, misses the ship home and becomes a sailor as well, apprenticed to the master in charge of food and drink.
Off the Sumatra coast Padde knocks a candle over and starts a fire. The ship explodes, and the survivors manage to reach the coast, where they are waylaid by natives. The three boys, with Harmen, another sailor, set off to reach the Dutch colony of Batavia. Here their ways part; Rolf stays with his uncle in Asia, while the other three boys sail back home. With presents and a bag full of earned money they return to their mothers and siblings.