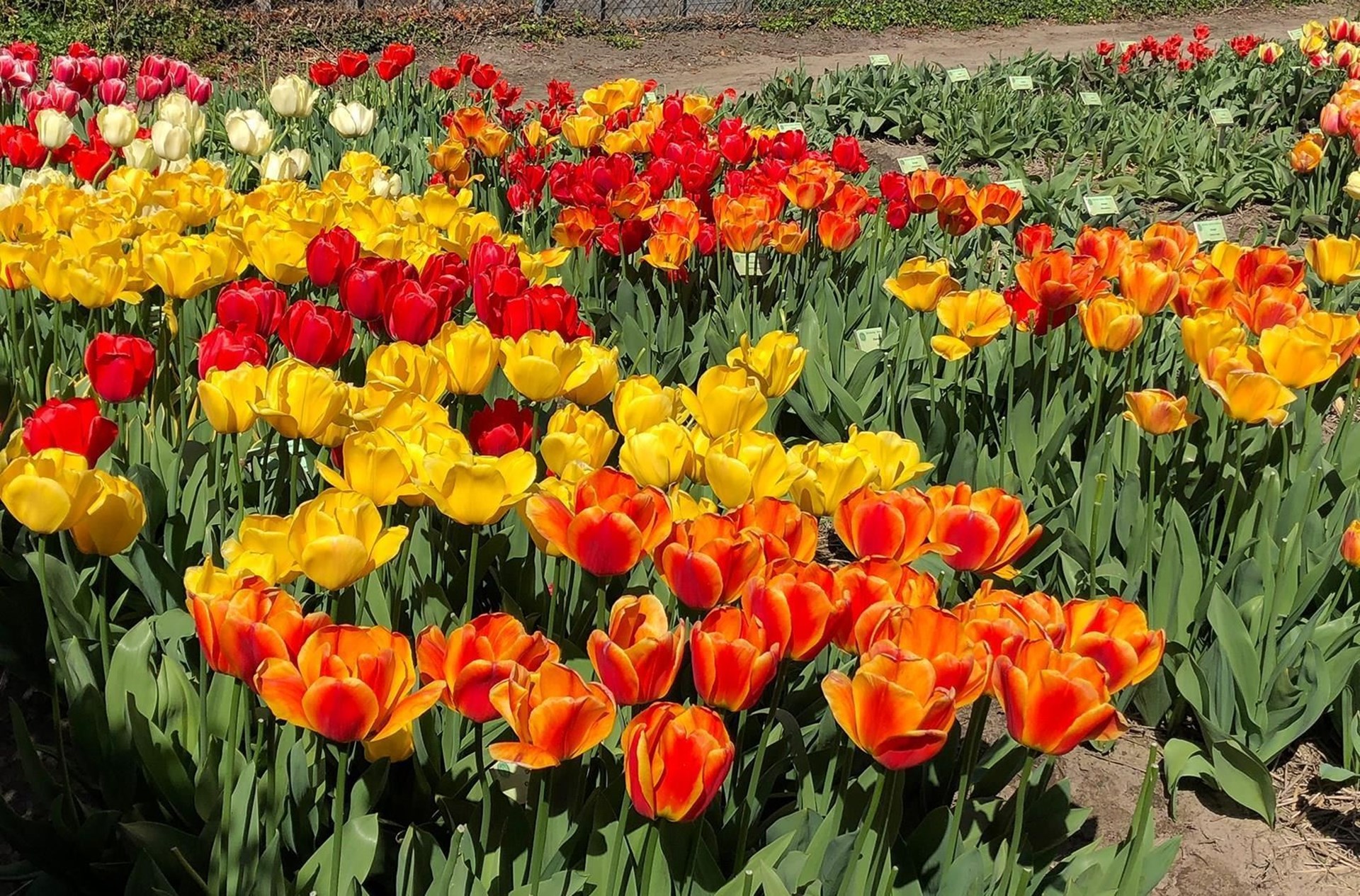 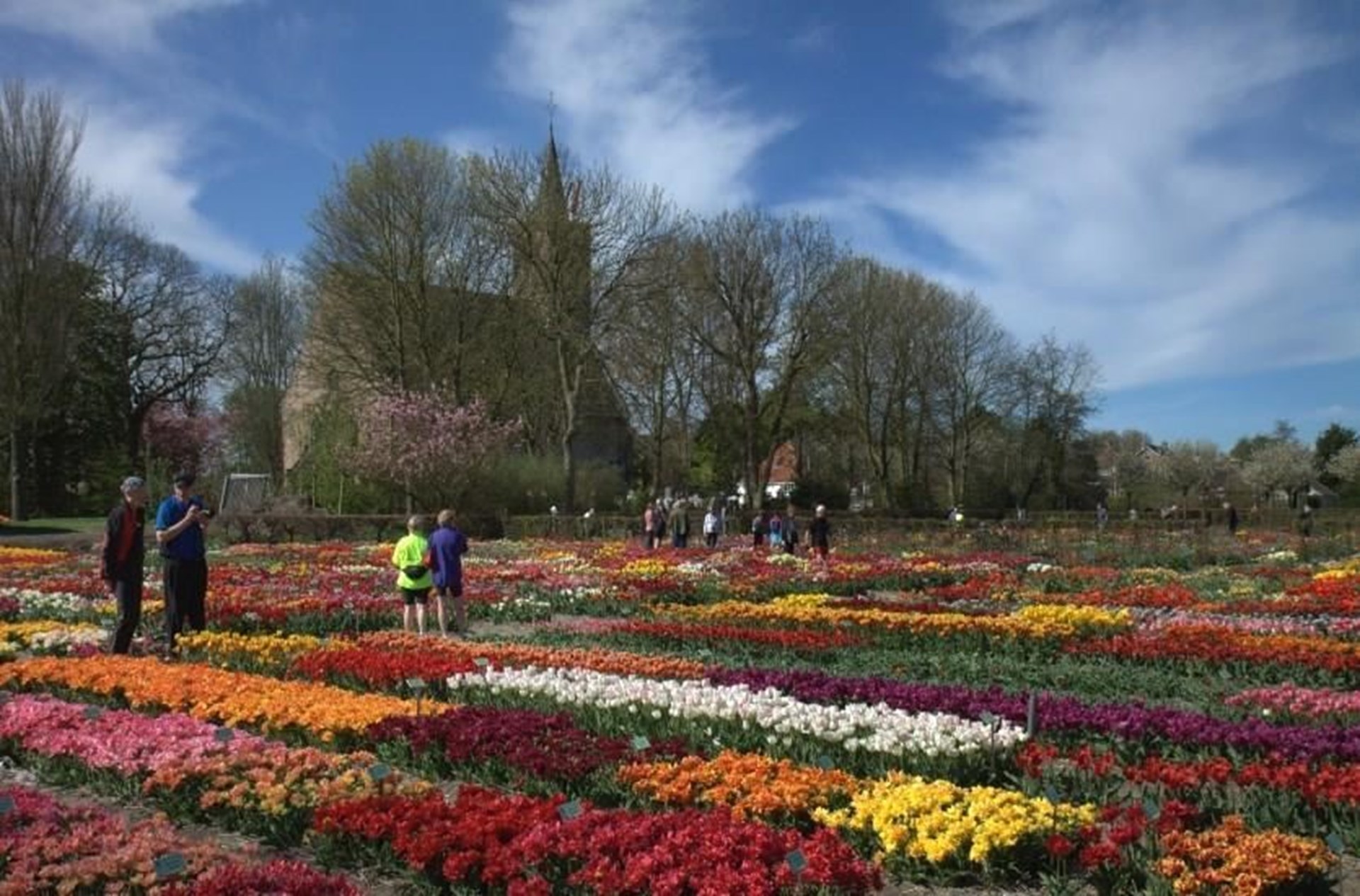 The Hortus Bulborum is the only garden in the world with over 4500 different kinds of bulbs in full bloom each year. They vary from tulips, daffodils and hyacinths to other, most historical species of flower bulbs. From a commercial point of view, most of the flowers on show are no longer worth growing, but in our Hortus they are carefully preserved for later generations.

The oldest tulips date back to the 16th century. The Fritillaria persica was already described in 1577, whereas the oldest known daffodils go further back by many centuries.
The Duc van Tol, Red and Yellow, is our oldest tulip. It was grown from seed by the famous botanist Carolus Clusius in the Hortus of Leiden University in 1595. The seed was sent to him by his friend and compatriot Ogier van Busbeke, shortly before he died. They both had been active at the court of the German Emperor in Vienna. Van Busbeke as a diplomat with excellent connections with the Sultan’s court in Constantinople and Clusius as a botanist responsible for growing medical herbs.

So the Hortus Bulborum offers a fascinating overview of the development of the spring flowers during five centuries; flowers well-loved all over the world. Among them also those kinds, of which a single bulb was worth a fortune (up to half a million euro in today’s money) during the notorious Tulipmania in the 17th century.

Each spring thousands of close ranged flowerbeds, measuring from 22 to 108 square feet, show their brilliant colours in a stunning variety and spread their exceptional fragrances.